Investments in CI A I 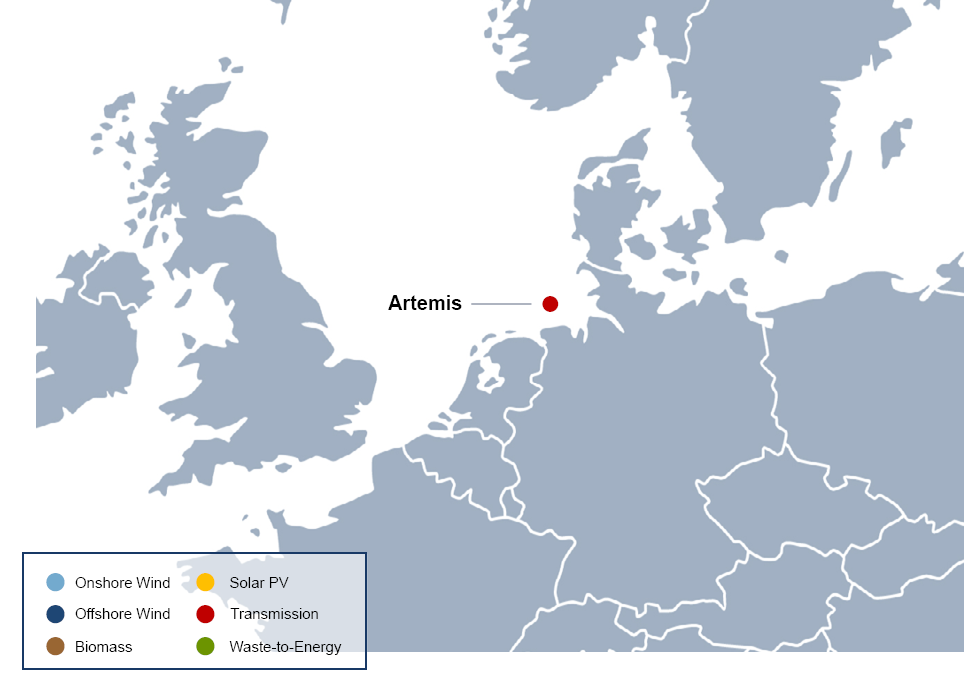 CI Artemis K/S was established in 2014 with a total commitment of EUR 392m by PensionDanmark. Through a partnership with TenneT (the Dutch Transmission System Operator), CI Artemis K/S has invested in the regulated offshore transmission (HVDC) platform, Dolwin3.

The Dolwin3 project had a total CAPEX spending of EUR 1.9bn and involved the construction of a 900 MW DC grid connection for wind farms in the south-western part of the German North Sea. The grid connection runs for another 79 kilometers on land to the converter station at Dörpen West. CI Artemis I has a long-term investment focus.

% based on MW capacity